Our mission is to show God’s love thru our actions. “Pure and undefiled religion before God and the Father is this: to visit orphans and widows in their trouble, and to keep oneself unspotted from the world.” (James 1:27) 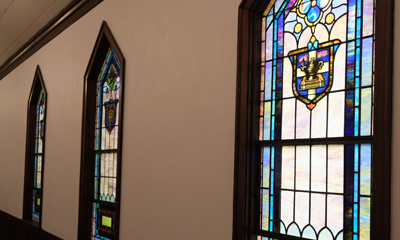 Church of the Living Lamb is a non-denominational and independent Bible-based church. We believe the following:

Fundamental Doctrine
The fundamental doctrine of this organization is the preaching of the gospel and salvation through faith, which is: repentance of sins and acceptance of water baptism in the name of the Father and of the Son and of the Holy Spirit. (Matthew 28:19) “He who believes and is baptized will be saved.” (Mark 16:16).

About the Bible
The Bible is the infallible Word of God and the grounds for Christian living. 2 Timothy 3:16-17 states: “All Scripture is given by inspiration of God, and is profitable for doctrine, for reproof, for correction, for instruction in righteousness, that the man of God may be complete, thoroughly equipped for every good work.”

About the Trinity
There is one God, who has revealed Himself as our Father, in His Son Jesus Christ, and as the power of the Holy Spirit. Ephesians 4:4-6 quotes: “There is one body and one Spirit, just as you were called in one hope of your calling; one Lord, one faith, one baptism; one God and Father of all, who is above all, and through all, and in you all.”

About Sin and Salvation
Romans 3:23-25 says: “For all have sinned and fall short of the glory of God, being justified freely by His grace through the redemption that is in Christ Jesus, whom God set forth as a propitiation by His blood, through faith, to demonstrate His righteousness, because in His forbearance God had passed over the sins that were previously committed.” Ephesians 2:8-9 quotes: “ For by grace you have been saved through faith, and that not of yourselves; it is the gift of God, not of works, lest anyone should boast.”

About the Gospel
The saving gospel is the good news that Jesus died for our sins, was buried and rose again. We obey the gospel by:
Repentance - 1 Corinthians 15:1-4.
“Moreover, brethren, I declare to you the gospel which I preached to you, which also you received and in which you stand, by which also you are saved, if you hold fast that word which I preached to you—unless you believed in vain. For I delivered to you first of all that which I also received: that Christ died for our sins according to the Scriptures, and that He was buried, and that He rose again the third day according to the Scriptures”

Water baptism in the name of the Father, the Son and the Holy Ghost - Acts 2:37-39.
Now when they heard this, they were cut to the heart, and said to Peter and the rest of the apostles, “Men and brethren, what shall we do?” Then Peter said to them, “Repent, and let every one of you be baptized in the name of Jesus Christ for the remission of sins; and you shall receive the gift of the Holy Spirit. For the promise is to you and to your children, and to all who are afar off, as many as the Lord our God will call.”
"There is one body and one Spirit, just as you were called in one hope of your calling; one Lord, one faith, one baptism; one God and Father of all, who is above all, and through all, and in you all."

Receiving the gift of the Holy Spirit - Romans 6:3-4.
"Or do you not know that as many of us as were baptized into Christ Jesus were baptized into His death? Therefore we were buried with Him through baptism into death, that just as Christ was raised from the dead by the glory of the Father, even so we also should walk in newness of life.”

About Christian Living
As Christians we are to love God and others. We should live a holy life inwardly and outwardly, and worship God joyfully. Mark 12:28-31 says: “Then one of the scribes came, and having heard them reasoning together, perceiving that He had answered them well, asked Him, “Which is the first commandment of all?” Jesus answered him, “The first of all the commandments is: ‘Hear, O Israel, the Lord our God, the Lord is one. And you shall love the Lord your God with all your heart, with all your soul, with all your mind, and with all your strength.’ This is the first commandment. And the second, like it, is this: ‘You shall love your neighbor as yourself.’ There is no other commandment greater than these.” “Therefore, as the elect of God, Holy and beloved, put on tender mercies, kindness, humility, meekness, longsuffering; bearing with one another, and forgiving one another, if anyone has a complaint against another; even Christ forgave you, so you also must do. But above all these things put on love, which is the bond of perfection.” (Colossians 3:12-14)

About the Future
Jesus Christ is coming again to take away His church. In the end will be the final resurrection and the final judgment. The righteous will inherit eternal life, and the unrighteous eternal death. Revelation 20:11-15 quotes: Then I saw a great white throne and Him who sat on it, from whose face the earth and the heaven fled away. And there was found no place for them. And I saw the dead, small and great, standing before God, and books were opened. And another book was opened, which is the Book of Life. And the dead were judged according to their works, by the things which were written in the books. The sea gave up the dead who were in it, and Death and Hades delivered up the dead who were in them. And they were judged, each one according to his works. Then Death and Hades were cast into the lake of fire. This is the second death. And anyone not found written in the Book of Life was cast into the lake of fire.

More Info About Us!